The documentary examines and questions the state of the Tibetan people.

To watch video clips of the film, click here: Recollecting Tibet
Posted by madsolitaire at 10:15 AM No comments: 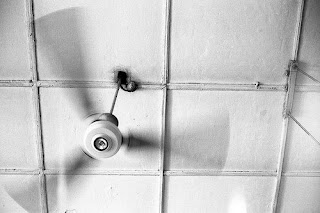 Time present and time past
Are both perhaps present in time future,
And time future contained in time past.
If all time is eternally present
All time is unredeemable.
What might have been is an abstraction
Remaining a perpetual possibility
Only in a world of speculation.
What might have been and what has been
Point to one end, which is always present.
Footfalls echo in the memory
Down the passage which we did not take
Towards the door we never opened
Into the rose-garden. My words echo
Thus, in your mind.

But to what purpose
Disturbing the dust on a bowl of rose-leaves
I do not know.

Picture: All Rights Reserved ® aml.2008
Posted by madsolitaire at 1:23 PM No comments:

"Being with Dying" is a phrase that aptly describes the human condition. We may be unique among species in being aware of our mortality. Although the capacity to contemplate death is an essential human trait, most people actively eschew thinking about how their life might end.

While the dominant orientation of Western culture toward death is avoidance, for over 2500 years Buddhists have studied the question of how one can best live in the presence of death. In a sense, a life-threatening injury or disease makes Buddhists of us all, waking us from the illusion of immortality, suddenly and from that time forth...

Life-threatening illness calls us to a place - metaphorically a desert or mountain peak - where, as we sit, the hard wind of reality strips away all the trappings of life. We are left naked, only "me" with my in-breath and out-breath in this moment, here and now. Illness reveals that at every moment of every day we are - and have always been - merely a heartbeat away from death. This incontrovertible fact need not be depressing. Instead, as Roshi Joan Halifax eloquently conveys in this remarkable book, our readiness to die can inform and enliven how we live and how we relate to one another.

Ira Byock, in the Foreword of the book "Being with Dying" by Joan Halifax

Posted by madsolitaire at 3:43 PM No comments:

Homosexuality is the tendency to be sexually attracted to persons of the same rather than the opposite gender. According to the ancient Indian understanding, homosexuals were thought of simply as being ‘the third nature’ (trtiya prakti), rather than as perverted, deviant or sick. With its emphasis on psychology and cause and effect, Buddhism judges acts, including sexual acts, primarily by the intention (cetana) behind them and the effect they have. A sexual act motivated by love, mutuality and the desire to give and share would be judged positive no matter what the gender of the two persons involved. Therefore, homosexuality as such is not considered immoral in Buddhism or against the third Precept, although this is not always understood in traditional Buddhist countries. If a homosexual avoids the sensuality and licence of the so-called ‘gay scene’ and enters into a loving relationship with another person, there is no reason why he or she cannot be a sincere practising Buddhist and enjoy all the blessings of the Buddhist life.

A Gay Tragedy by Ven. Dhammika
Posted by madsolitaire at 8:23 PM No comments:

Miksang is a Tibetan word that translates as ‘Good Eye’, and is based on the Shambhala and Dharma Art teachings of the late meditation master, artist, and scholar Chögyam Trungpa, Rinpoche.

‘Good’ here doesn’t mean good as we usually use the word, as in good or bad. Good here means that our mind is uncluttered by preoccupation, relaxed and open. Its innate nature is clear, brilliant, and extremely precise. When steady mind, clear vision and soft heart come together in one single moment, ‘Good Eye’ manifests. It is vision that is inherently pure, unobstructed, unblocked, free of depression, free of aggression, free of interpretation. Free altogether. When we synchronize eye and mind, we abandon all concepts and predispositions and become completely present in the moment. The world becomes a magical display of vivid perception. We can develop the ability to experience and express these experiences precisely through the practice of contemplative photography

Miksang, at its most basic level, is concerned with uncovering the truth of pure perception. We see something vivid and penetrating, and in that moment we can express our perception without making anything up—nothing added, nothing missing. Totally honest about what we see—straight shooting. As we allow ourselves to become more available to the things around us without the biases, filters and formulas often associated with photography, our experience and expression of day-to-day moments becomes more rich and endlessly varied—beyond what we think. One moment, one shot. Graceful Appearance.

Taken from: Miksang Photography
Posted by madsolitaire at 9:20 AM No comments: 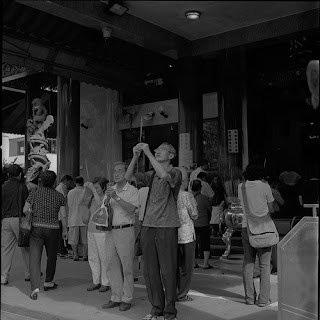 A Bodhisattva epitomises compassion and self-sacrifice. A Bodhisattva refuses to enter the nirvana of absolute quiescence until he saves everyone in this world. This self-giving spirit is well expressed by one of the six perfections which a Bodhisattva is expected to cultivate, namely, the perfection of giving. Charity does not mean to give to others when one has more than enough. Rather it means to give away whatever one has, even one's own life. Also insofar as one thinks of himself as a giver of charity, one thereby negates the spirit of charity itself. An act attains perfection when it is realised that no practice whatsoever has an intrinsic nature. If charity is seen as having an intrinsic quality, it is not perfect. When it is seen to be empty of any nature, then the act of charity is said to be perfect.

Likewise is the case with enlightenment. If an intrinsic quality is attached to it, it turns out then to be a mere illusion. The attainment of perfect wisdom means to realise that nothing has permanent nature: everything is emptiness.

Sunyata - The Essence of Mahayana Spirituality
by Moti Lal Pandit

only with the heart 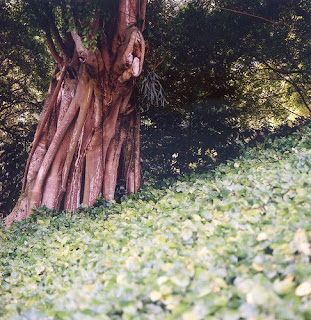 It is only with the heart that one can see rightly;
what is essential is invisible to the eye.


Picture: All Rights Reserved ® aml.2008
Posted by madsolitaire at 3:24 PM No comments:

Excerpt from Reflections on the dawn of consciousness, edited by Marcel Kuijsten

"According to Jaynes, consciousness, as we know it today, is a relatively new faculty, one that did not exist until as recently as 2000 B.C. He holds that a basic difference between contemporary and ancient man is in the process of decision-making. When faced with a novel situation today, man considers alternatives, thinks about future circumstances, makes a final decision, ruminates over it, and finally acts. He then reconsiders his action, evaluates it, worries about it, feels good or bad about it, makes resolves about future decisions, and so forth. The cerebral activity that precedes and follows an action response is consciousness. Jaynes believes that man of antiquity had no consciousness - that when faced with novel situation, he simply reacted. He reacted without hesitation by following the directions of a personal voice that old him exactly what to do. Ancient man called this voice God; today it is called auditory hallucination. To ancient man, God was not a mental image or a deified thought but an actual voice heard when one was presented with a situation requiring decisive action.

Prior to 2000 B.C., according to Jaynes, man was governed entirely by this authoritative voice, but by 500 B.C. man had, for the most part, lost this faculty and was learning to make his own decisions consciously. - John Hamilton"

"I shut my eyes and even if I try not to think, consciousness streams on, a great river of contents in a succession of different conditions which I have been taught to call thoughts, images, memories, interior dialogue, regrets, wishes, resolves, all interweaving with the constantly changing pageant of exterior sensations of which I am selectively aware. - Julian Jaynes"

"When Jaynes describes early civilizations as being populated by people who have not yet developed conscousness, he is not implying these were civilizations of 'zombies'. A clear understanding of Jaynes' definition of consciousness dispels this notion. When Jaynes compares the bicameral mentality to the state of somnambulism, this is meant only to illustrate the lack of a sense of self, a lack of introspection and internal dialogue, and an inability to think about time in a linear fashion. Bicameral man was intelligent, had language, was highly social, and could think and problem-solve; only these processes took place in the absence of an introspectable internal mind-space. - Marcel Kuijsten"


Find out more:
The Origin of Consciousness in the Breakdown of the Bicameral Mind by Julian Jaynes

Picture taken from Amazon.com
Posted by madsolitaire at 4:46 PM No comments: