Majjhima Nikaya
Posted by madsolitaire at 5:22 PM No comments: 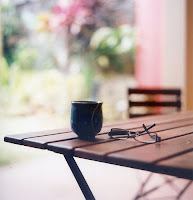 Here, Ananda, having gone to the forest, to the foot of a tree or to an empty hut,
a monk reflects thus: “This is peaceful, this is sublime, that is, the stilling of all formations, the relinquishment
of all acquisitions, the destruction of craving, cessation, Nibbana.”

Picture: All Rights Reserved ® aml.2008
Posted by madsolitaire at 9:12 PM No comments:

Samyutta Nikaya
Posted by madsolitaire at 8:02 PM No comments: 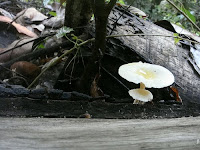 Atammayatæ is the utter abandonment of this root delusion: one sees that in ultimate truth there is no time, no self, no here and no there. So rather than “Be here now” as a spiritual exhortation, perhaps instead we should say: “Let go of identity, space and time,” or: “Realize unlocated, timeless selflessness.” Needless to say, the conceptual mind falls flat when trying to conjure up an image for such a reality but that is to be expected. We are consciously leaving the realm of the conceivable, and the purpose of this book is to provide something of a map for those regions where the buses of reason and imagination do not run.

It is also quite possible that, on reading these passages on Atammayatæ, the mind wants to grasp it as “some thing to get so that ‘I’ won’t be so deluded” rather than seeing it as a restraining of the habitual outward movement of the mind that comes as a
result of disenchantment and dispassion. It is always necessary to be aware of the way that ignorance causes even the means of transcendence to become an obstacle, if the mind does not handle it wisely.

This is to say that if, with mindfulness and wisdom, the tendency to ‘go out’ into perceptions, thoughts and emotions is restrained, and one just allows seeing to be seeing, hearing to be hearing etc., the whole papañca-drama does not get launched in the first place. The heart then rests at ease, open and clear; all perceptions conventionally labelled as ‘myself’ or ‘the world’ are seen as transparent, if convenient, fictions. When there is insufficient mindfulness and wisdom, the mind ‘goes out’ and attaches to its perceptions and moods, the result of which is the experience of ‘me being pressured by life.’ Both an apparently solid self and a solid world have been unconsciously created, and the friction between the two is the dukkha that
we find ourselves running from so regularly and ineffectively. Trying to find a ‘me’ without a world that burdens it is like trying to run away from our own shadow; no matter how hard we run, the effort is bound to fail as the one form generates
the other.

The aim of all these teachings on Atammayatæ is to show us that the dualities of subject and object (‘me and the world’), do not have to be brought into being at all. And when the heart is restrained from ‘going out,’ and awakens to its fundamental
nature, a bright and joyful peace is what remains. This is the peace of Nibbæna.

The Island, Ajahn Pasanno & Ajahn Amaro
Abhayagiri Monastery
Posted by madsolitaire at 11:11 AM No comments:

Think about it: there’s nowhere to stay. We people live in a home. To leave home and go where there is no home – we don’t know
how to do that, because we’ve always lived with becoming, with clinging. If we can’t cling we don’t know what to do.”


Ajahn Chah, ‘No Abiding,’ in ‘Food for the Heart,’
Posted by madsolitaire at 8:03 PM No comments:

no self or not-self?

One of the first stumbling blocks that Westerners often encounter when they learn about Buddhism is the teaching on anatta, often translated as no-self. This teaching is a stumbling block for two reasons. First, the idea of there being no self doesn't fit well with other Buddhist teachings, such as the doctrine of kamma and rebirth: If there's no self, what experiences the results of kamma and takes rebirth? Second, it doesn't fit well with our own Judeo-Christian background, which assumes the existence of an eternal soul or self as a basic presupposition: If there's no self, what's the purpose of a spiritual life? Many books try to answer these questions, but if you look at the Pali canon — the earliest extant record of the Buddha's teachings — you won't find them addressed at all. In fact, the one place where the Buddha was asked point-blank whether or not there was a self, he refused to answer. When later asked why, he said that to hold either that there is a self or that there is no self is to fall into extreme forms of wrong view that make the path of Buddhist practice impossible. Thus the question should be put aside. To understand what his silence on this question says about the meaning of anatta, we first have to look at his teachings on how questions should be asked and answered, and how to interpret his answers.

The Island - Buddha's teachings on Nibbana

Read latest publication: The Island - An Anthology on Buddha's Teachings on Nibbana by Ajahn Pasanno and Ajahn Amaro

The Island by Ajahn Pasanno and Ajahn Amaro


Picture taken from Abhayagiri Monastery
Posted by madsolitaire at 9:02 PM No comments:

The Practice of Compassion by Bhikkhu Bodhi

Posted by madsolitaire at 1:49 PM No comments: