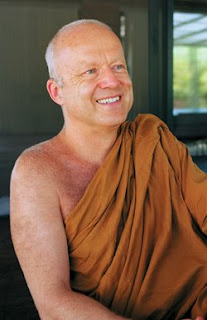 Thanissaro Bhikkhu (Geoffrey DeGraff) is an American Buddhist monk of the Thai forest kammathana tradition. After graduating from Oberlin College in 1971 with a degree in European Intellectual History, he traveled to Thailand, where he studied meditation under Ajaan Fuang Jotiko, himself a student of the late Ajaan Lee. He ordained in 1976 and lived at Wat Dhammasathit, where he remained following his teacher's death in 1986. In 1991 he traveled to the hills of San Diego County, USA, where he helped Ajaan Suwat Suvaco establish Wat Mettavanaram ("Metta Forest Monastery"). He was made abbot of the monastery in 1993. His long list of publications includes translations from Thai of Ajaan Lee's meditation manuals; Handful of Leaves, a four-volume anthology of sutta translations; The Buddhist Monastic Code, a two-volume reference handbook for monks; Wings to Awakening; and (as co-author) the college-level textbook Buddhist Religions: A Historical Introduction.

His important works can be found here:
Access to Insight

A directory of his talks available in mp3 format can be found here:
Dhamma Talks by Thanissaro Bhikkhu

Metta Forest Monastery
Posted by madsolitaire at 9:36 AM 1 comment: 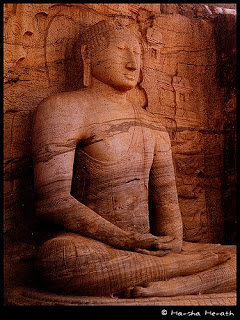 "Polonnaruwa with its vast area under trees.. I am able to approach the Buddhas barefoot and undisturbed, my feet in wet grass, wet sand. Then the silence of the extraordinary faces. The great smiles. Huge and yet subtle. Filled with every possibility, questioning nothing, knowing everything, rejecting nothing, the peace not of emotional resignation but of Madhyamika, of sunyata, that has seen through every question without trying to discredit anyone or anything - without refutation - without establishing some other argument. For the doctrinaire, the mind that needs well-established positions, such peace, such silence, can be frightening."

The drawings in this slideshow were made by children ages 6 through 13 whose lives were devastated when Cyclone Nargis hit the Burmese/Myanmar Irrawaddy Delta on May 2, 2008. While their parents were waiting to receive food and supplies from private teams of volunteers, the children were given crayons and paper and asked to express their fears about the storm by drawing their experiences. The drawings were then collected by Gitameit Music Center, a not-for-profit community center and music school in downtown Yangon devoted to teaching music, nurturing artists, and offering exchange programs for Burmese students to study abroad.

One positive trend to emerge in the wake of the disaster is that volunteers have been establishing relationships with a particular area, group of villages, clinic, or monastery, and continuing to deliver supplies to these people and help them cope with the storm's after-effects. Since so many schools were destroyed, several projects in Burma's Dedaye, Gonkyangun, Labutta, Bogale, Letkoko, and Heingyi Island areas are attempting to heal the children afflicted by Cyclone Nargis, and give them a personal connection to the volunteers, through activities like drawing, reading, singing, and theater games.

Click here to view drawings
Posted by madsolitaire at 9:27 AM No comments: 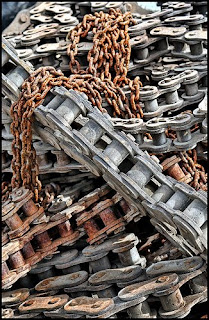 The Buddha identified 'papanca' or 'mental proliferation' as a universal mental tendency common to all unenlightened beings. Briefly, it can be summarized as referring to the propensity for our mental processes to indulge in complex chains of emotionally-charged thought patterns triggered by particular sensory or mental experiences.


Peace in the Buddha's Discourses
by Dennis Candy

Picture by: shadowplay@Flickr
Posted by madsolitaire at 11:05 AM No comments: 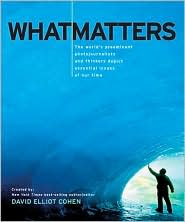 "What really matters to the world? What matters to me?" Isabel Allende


What Matters was created by New York Times best-selling author/editor David Elliot Cohen to be published in September 2008.

What Matters contains 18 searing, socially-conscious photo-essays by the great photo-journalists of our generation including James Nachtwey. Each photo-essay is accompanied by a passionate, polemical essay written by well-known experts such as Jeffrey Sachs (The End of Poverty), Samantha Power (Pulitzer Prize Winner for A Problem from Hell: American in the Age of Genocide) and Bill McKibben (The End of Nature).

A very powerful book that will move you and inspire you.

Pre-Order book from: Amazon
Posted by madsolitaire at 9:52 AM 2 comments:

God, Buddhism and the Tsunami
The recent tsunami, the greatest natural disaster in living memory, has given rise to a great deal of soul-searching, not to say ‘theological’ searching. People are struggling to explain the disaster within the context of their religious beliefs. The English papers in Singapore have published several articles and letters on this issue, so far only from the Christian perspective. I would like to make a contribution to this discussion from the Buddhist point of view. There are two sides of this issue - the first is how religions respond to terrible disasters. In this sense we see that all the world religions have much in common. Hindus, Muslims, Christians, Buddhists and Taoists have opened their hearts and their wallets to help the afflicted without regard to their religious affiliations. Buddhists have helped Muslims who have assisted Christians who have helped Hindus.
The second aspect of this issue is how religions explain the tsunami. In this sense there is little agreement between the different religions. In the Straits Times,1st January, Andy Ho wrote an article called ‘Where God was When the Tsunami Struck?’ and on the 9th January it ran an article by Tan Tarn called ‘Evil? No Way, Come Hell and High Water’. Both authors say that disasters like the tsunami cast doubts on the notion that there is a benevolent God. Thus they have raised very legitimate moral and philosophical doubts that have existed ever since people started believing in God. On the 29th January, Edmond Chew wrote to the Straits Times trying to answer the questions raised by Ho and Tarn and also to give his explanation of why God would let the tsunami happen.

Chew’s explanation is a simple one. ‘Actually, the simple reason why God allows evil is that if He did not, then a lot of good would be lost.’ In support of this opinion he quotes Thomas Aquinas; ‘If there is no evil there is no God. For there would be no evil, if the order of goodness were taken away…’ And again; ‘Hence many good things would be taken away if God permitted no evil to exist; for fire would not be generated if air was not corrupted, nor would the life of a lion be preserved unless the ass were killed.’

I would like to examine Chew’s argument from the Buddhist perspective. Continue reading...
Posted by madsolitaire at 5:37 PM No comments: